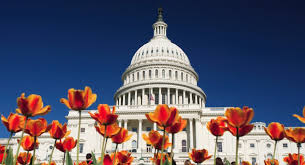 Tine Calls Meeting to Discuss Dredge Funding
Representative Paul Tine held a meeting this week with several representatives from various groups within Dare County that may be impacted by options to fund future dredging and waterways maintenance projects. He called the meeting to have an open discussion regarding what option he needs to support. Tine only allowed two people from each group to attend that included reps from Dare County, Dare County’s six towns, Marinas, Commercial Fishing, Recreational Fishing, Oregon Inlet Task Force, Outer Banks Association of Realtors®, Outer Banks Home Builders Association, Dare Visitors Bureau, Dare Restaurant Association and the Dare County Hotel/Motel Lodging Association.
The meeting lasted almost two hours with Tine keeping the conversation focused on where to find $3.5 million needed to match funds from the state for dredging projects. If the County cannot come up with matching funds, they lose the state funding. He stated that there were only three revenue sources to consider – ad valorem taxes, sales taxes or occupancy taxes.
There was consensus that both access to Oregon Inlet and Hatteras Inlet is very valuable to the overall economy of Dare County. Not one representative challenged their vital importance to tourism, whether visitors go fishing or just want to eat local seafood. However, it was clarified that occupancy tax funds could not be used for dredging due to the legislation enacted to collect the tax. The legislation is very specific as to how the funds can be used and would have to be changed in order to use future collections – not current funds – for another purpose.
At the end of the meeting, the majority of stakeholders were in agreement to advocate for the passage of Tine’s House Bill 388 – An Act to Modify the Options for Local Sales Taxes for Dare County for Dredging Purposes. The bill passed the House in three days with only 3 no votes back in March. The bill would allow Dare County to increase the local sales tax by ¼ percent (equal to $0.25 on every $100) without a referendum and with a sunset of five years. The County currently has the authority to increase local sales tax up to one-half percent if they hold a referendum and it passes. Due to the urgent, immediate need for funding, Commissioners passed a resolution in March to request the legislation without holding a referendum.
A provision included in the Senate’s budget bill released last week that would allow Dare County to use up to $3 million of occupancy tax funds dedicated for beach nourishment for waterways maintenance project was popular among those in attendance from the boating/fishing community However, the majority of those attending the Tine meeting felt the use of those funds could possibly jeopardize future nourishment/re-nourishment needs. Manager Bobby Outten stated that the cost of leveraging those funds would result in $9 in interest payments. Everyone agreed that since the Federal Government has backed away from dredge funding, maintaining our waterways is a new County expense and a new source or combination of sources need to be identified for long-term waterways maintenance.
Also included in the Senate’s budget bill is a 5-year plan which would reallocate sales tax revenues from “wealthier” NC Counties and distribute them to “poorer” counties. This is reflective of the old Robin Hood story and very surprising coming from a Republican controlled Senate. If adopted, the cost of owning a home in Dare County would get a lot more expensive with the County losing almost $20 million in sales tax revenues. Those revenues keep property taxes the 6th lowest in the state. The County and the towns would be forced to raise ad valorem taxes to make up the loss of revenue and still provide the same level of services currently provided. Other Counties which would be greatly impacted by this change would be Currituck and Mecklenburg Counties. Tine expressed during the meeting that Governor McCrory does not support this provision and has stated he would veto the budget if included.

Senator Cook Opposes One-Quarter Percent Local Sales Tax Option
In response to the above, Senator Cook released the following statement:
“It was requested for the N.C. General Assembly to give Dare County the authority to raise the sales tax without the vote of the public. However, the county already has the authority to raise the sales tax with a referendum (vote of the public). No other county in the State of North Carolina has been exempt from the referendum (vote of the public) requirement of Article 46. The authority was given to all 100 counties at the same time in 2007. Since then, 29 counties have enacted that authority with voter approval referendums. At this point, we don’t have any official commitment from the U.S. Army Corps of Engineers on how long a dredge will remain at Oregon Inlet. However, after the county looked over the numbers, it was expressed to us that about $3 million could be appropriated out of the 2% for beach nourishment within the occupancy tax for waterway maintenance, and it would NOT disable any of the future or previous beach nourishment projects. The occupancy tax dollars would be matched by state appropriations out of the Shallow Draft Inlet Fund,” Cook said. “In addition, the number one industry out of Oregon Inlet is recreational fishing, which those visitors are coming down and paying into the occupancy tax when they go fishing. Therefore, in the meantime I believe we need use the occupancy tax and continue to discuss this issue with the Corps and see if the proposed dredging plan from the Corps will be adequately enough to keep the inlet open. But also keep our focus on the long term solution at Oregon Inlet as well. The proposed budget from the Senate provides additional appropriations to the Shallow Draft Inlet Dredging Fund, total estimated funding in FY 2015-16 is at $20 million. It reserves up to $4 million of that fund for Oregon Inlet dredging needs. While also appropriating $900,000 to the Department of Administration for they can begin the necessary requirements on a long term solution at Oregon Inlet. In addition, Hatteras Inlet has been included in the fund.”